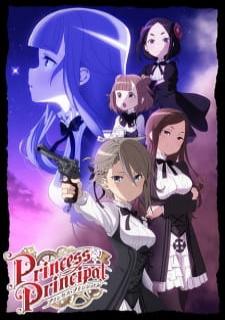 In the early 20th century, the discovery of the substance Cavorite allowed the production of advanced military technology and steered the country toward conflict. London is now divided by a wall, and the Kingdom and the Commonwealth of Albion battle a silent war where espionage is the only weapon that can destabilize the enemy. A group of girls from the prestigious Queen's Mayfaire school work as undercover spies for the Commonwealth.

Led by Dorothy, an experienced driver with a striking personality, their group includes the talents of Ange le Carré, a cold-blooded liar and expert sharpshooter; Chise, a proficient samurai; and Beatrice, a voice-mimicking specialist. They use their unique individual skills for the Commonwealth to survive in a dark world filled with conspiracy, mystery, and infiltration. In the shadow of the war, they have only one goal in mind: completing their mission.