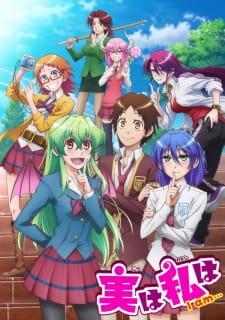 One day after school, Asahi Kuromine stumbles upon the truth that Youko Shiragami, the girl he has a crush on, is actually a vampire. According to her father's rules, Youko must now quit school in order to keep her family safe. However, Asahi does not want her to go and promises that he will keep her true nature secret. Unfortunately, this turns out to be easier said than done, as Asahi is a man who is easy to read and is unable to keep any secrets to himself.

And this is the only the beginning of his troubles—more supernatural beings enter his life, and he is forced to protect all of their identities or face the consequences. Jitsu wa Watashi wa follows Asahi as he deals with his new friends and the unique challenges they bring, struggles to keep his mouth shut, and desperately tries to win Youko's heart in the process.