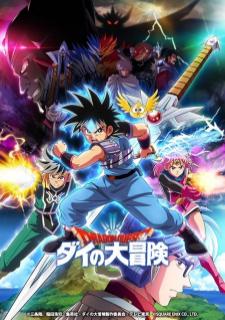 Quite a while past, there was a brave fighter who came to be referred to just as "the legend." There was an evil presence who has caused individuals languishing. The legend and his mates showed up to provoke the evil presence to a fight and by consolidating their forces, the fight was brought quick end. With nobody around to raise a ruckus, the island turned into a tranquil spot where everybody could live respectively in harmony. Quite a long while later, the evil presence is resuscitated. Our present-day hero, Dai, lives on a distant island in the southern oceans and fantasies about turning into an extraordinary legend. At the point when he catches wind of the devil's recovery, Dai and his companions volunteer to stop him and the abhorrent power that restored him. En route, Dai finds the personality of "the saint," reality behind the insidious power who restored the devil, and Dai's own concealed forces that surface in the midst of hazard.