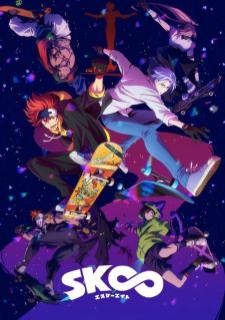 Secondary school understudy Reki Kyan is enthusiastic around a certain something: skating. At the point when sunsets, he heads to "S," an illicit underground race inside a mine where skaters contend in exceptionally risky circumstances. After a misfortune that outcomes in his skateboard being annihilated and his arm being broken, Reki is currently unequipped for rehearsing by any means. While working, Reki runs into his new schoolmate, Langa Hasegawa, a half-Canadian and half-Japanese kid with no skating experience at all. Langa is in urgent need of cash. After the two of them visit "S" when entrusted by Reki's chief, they fall into difficulty and are constrained into a wager that requires Langa to skate in a race. Notwithstanding, the baffling student from another school holds a secret weapon that Reki is unconscious of, one which may help him dominate the race in the most unforeseen manner.