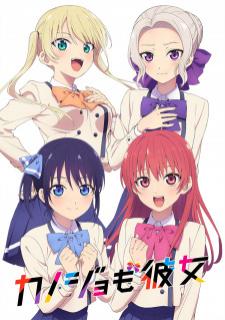 After harboring an unrequited love for years, Naoya Mukai finally gets to date his childhood friend, Saki Saki. However, just as he tries to commit himself to this relationship, he receives an abrupt confession from Nagisa Minase.

At first, Naoya tries to reject her but is soon overcome by feelings of not wanting to hurt Nagisa. Trying to avoid betraying his girlfriend's trust in him, Naoya thinks up a "solution" to make both girls happy—two-timing. Naturally, Saki rebuffs this idea, but through Naoya's and Nagisa's persistence, she reluctantly submits.

With this, a three-way affair begins between Naoya, his girlfriend, and his "other" girlfriend, as they develop a relationship that deviates from the social norm.