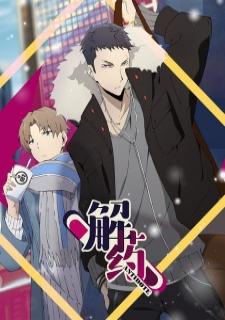 Cheng Ke has lost everything. Coming from a privileged background, he now has to search through trash to find his missing possessions. When one of his frustrated outbursts results in him being punched in the face, Cheng Ke finds himself unfortunately acquainted with terrifying gang leader Jiang Yuduo.

Circumstances lead to Cheng Ke becoming a tenant at a new apartment—which just so happens to be rented out by Jiang Yuduo. Cheng Ke's inability to complete even the most menial tasks forces him to overly depend on his landlord, and as a result, the two form an indescribable bond.

However, there are darker forces at play in the lives of both Cheng Ke and Jiang Yuduo. The two men are haunted by the pasts they left behind, and meanwhile, danger lurks around every corner. With mysterious figures following their every move, gang wars raging in the streets they walk on, and enemies itching to bring them down, Cheng Ke and Jiang Yuduo must always have each other's back.