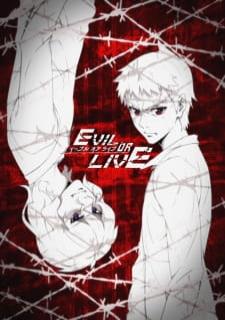 Severe internet addiction has become an epidemic infecting the nation's youth, ultimately resulting in their extreme dependence on the world wide web. Those who are too far gone are enrolled at Elite Reeducation Academy in order to help them grow into successful adults. Hibiki is one such teenager who awakens in the facility unaware of how he came to be there. He learns from the head instructor that he was knocked out and brought to the school at his mother's behest, concerned with how belligerent her son was becoming as a result of his internet addiction.

Stuck in a place more akin to a prison than an academy, and with no escape from the abuses of the instructors, Hibiki decides to end his life by jumping from the roof. But as fate would have it, he meets a mysterious man named Shin who promises to give his life meaning...