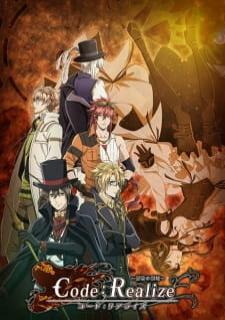 Within Cardia Beckford's hazy memories, she can recall her father Isaac and the home where she lives alone, feared as a monster by the townsfolk—for in her body, she carries a deadly substance. Embedded in her chest by her father, the eternally beating heart—also known as Horologium—has the capability to produce infinite power. However, it also makes her skin destroy anything it touches.

Many in London seek the Horologium, including the terrorist organization Twilight, with whom Isaac is rumored to have close ties. To obtain the Horologium's power, the British military forces Cardia to leave her home as their prisoner. But on the road, she is whisked away by the gentleman thief Arsène Lupin, who says he will steal her heart. Joining Lupin and his companions, Cardia begins a journey to discover the truth behind Isaac's connection with Twilight, her missing memories, and the Horologium within her chest.