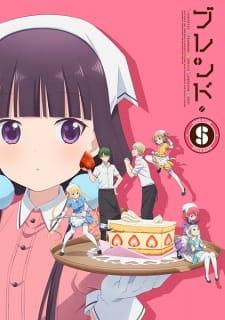 Wishing to be independent, 16-year-old Maika Sakuranomiya is desperate to nail down a part-time job so that she can afford to study abroad. Unfortunately, her applications are constantly rejected due to the menacing look she unintentionally makes whenever she smiles, despite her otherwise cheerful disposition.

After yet another failed interview, she chances upon Café Stile, a coffee shop where the servers interact with the customers while roleplaying distinctive characteristics. The Italian store manager, Dino, becomes infatuated with Maika's cuteness at first sight, and offers her a job as a waitress with a sadistic nature. Coupled with her inherent clumsiness, she successfully manages to serve a pair of masochistic customers in accordance with her new, ruthless persona. Alongside Kaho Hinata as the tsundere and Mafuyu Hoshikawa as the younger sister, Maika decides to make the most out of her unique quirk and cements her position in the cafe with merciless cruelty!