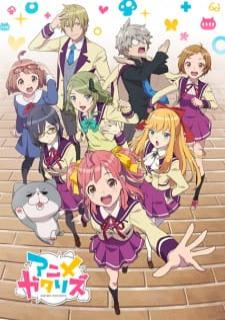 After dreaming about an anime she used to watch as a child, Minoa Asagaya could not forget a particularly memorable scene. However, despite her best efforts, she cannot recall the name of the show. Due to this, Minoa asks for help from her fellow classmates at Sakaneko High School. Her conversation is overheard by Arisu Kamiigusa, the most popular and wealthy girl in class who is also a hardcore otaku. Yet even with her vast knowledge, Arisu does not recognize the show.

After discovering that there isn't an anime club at their school, Minoa and Arisu create the Anime Research Club, as they may obtain the answer to Minoa's mystery if they gather people who share the same interest. Thus, Minoa is exposed to a bizarre new world—the world of anime!